Barry scrambled down the steps, her heart thudding in her chest, and emerged on the shores of an underground lake. A boat was tethered to a pole on a small pier. Instinctively she knew that she must cross the lake to find the Tomb of Sargeras. Climbing into the boat she released its moorings and began rowing to the island she could see in the middle of the lake.

The Tomb of Sargeras (formerly the Temple of Elune, also spelled as the temple of Elune, and simply referred to as the Tomb) is a great structure situated on the island of Thal’dranath in the Broken Isles.

Thinking back, the last words she heard her sisters say were … ‘cross the bridge, unlock the cage, free the bird, wear the ring.’

What bridge, what cage? There was no bridge and no cage. ‘Where is the Tomb?’

Barry walked to the other end of the island and climbed a palm tree to get a better look at the terrain. As she peered out from the top of the tree, she could see a shining city in the distance. ‘Aha, that’s where I will find the Tomb’, she said to no-one in particular. ‘And now I can see a bridge’.

She used her second wish to take her directly to the bridge in front of the tomb. Barry crossed the bridge, looking in awe at the rushing waters of a river cascading over a waterfall below her.

Barry climbed the stone stairs and entered the Tomb of Sargeras. Dark shadows emanated from the pillars of the Tomb – and there in the middle of the Tomb was a sarcophagus. Barry used her ipad to light up the surface of the lid of this coffin made of stone. Upon the lid she could see that and engraved picture, there was a bridge and, in a tree, a cage containing a bird. She was familiar with those ‘hidden objects’ games on her iPad, and wondered if this was similar, only, on a much larger scale.

Balancing on her toes, she reached up and placed her hand on the carved lid, traced the path across the bridge to the tree, and tapped on the bird cage. She jumped back in fright as the bird flew off, dropping a ring onto her finger. 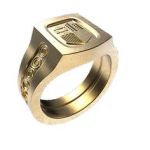 Finally, Barry travelled back through the Tomb of Sargeras, across the bridge, took the boat back to the lake shore, and returned to the Alley of Baba, through the houses of the Moon, back to the market and to the entrance to the cave.

On the inside of the ring were these words: ‘three wishes for the bearer of this ring’.

“Aha, just what I need”, she said to no one in particular. She closed her eyes and wished her first wish. “I wish that I can be a star baseball player” – suddenly, she felt more confident than ever before.

Stepping into the cool corridors of the cave she once more located her red carpet. Standing upright and with one foot forward as if riding a scooter, she commanded the carpet to move forward. Within minutes she was back at the central cave where the vortex could still be seen whirling colorfully in the roof above. Barry  began her chant:

Take me to another world

Show me the way to roam

Let my dream places be unfurled

In the Palace of Banyalla, my home

On arrival she discovers that her family have disappeared. She must now decide how to make the best use of her last wishes and reunite with her sisters and parents.

Preserving history, one story at a time.

Presenting and Preserving the Past

This is the website for Lifelines Research, a genealogical research business run by Dave Annal

Who Am I? Family Tree Research

... stories of significant others ...

Dig Up Your Ancestors
The Chiddicks Family Tree